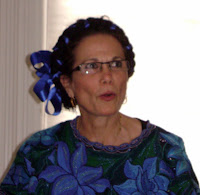 Last week I had the pleasure of attending a talk given by fellow-Vermont author, . She is the acclaimed author of How the Garcia Girls Lost Their Accents, among many other successful books, written in multiple languages, multiple genres, and for multiple age groups. Now, and I share at least one thing in common, besides our passion for writing, and that’s that we are not “native Vermonters”—which, as many misnomers go, has nothing to do with ’s true native people, the Algonquin Indians. No, when you hear the terms: “native Vermonter” or “true Vermonter,” that typically is meant to distinguish the select group of folks living in , who minimally have at least one grandparent born in the state, from those who have since made this beautiful state their home, Vermont’s flatlanders.

So, while I’ve lived in for over 17 years and feel it’s always been my true home, some of my closest friends can claim they are seventh-generation Vermonters. From my perspective—having moved 20 times and lived in six different states—that’s pretty impressive. Hell, even my American roots don’t go back as far; my earliest immigrant ancestors arrived at New York City, in 1852, from Newcastle West, County Limerick, Ireland, only two years after the Great Potato Famine’s five-year reign decimated most of Ireland’s population and much of Europe’s.
So, while at best I can claim myself to be a fifth-generation American, at least my two, flatlander children were both born and raised in .

Now, for —her story’s a little different. She was born in ; but when she was only a month old, her parents moved back to their native , despite the fact that there was a dictatorship in place. A decade or so later, when it became too dangerous for her family to remain, they immigrated back to the , this time for good. Obviously, transitioning from a Spanish-Latino culture to the English-speaking American culture presented the young Julia with plenty of challenges; but perhaps as a testament to her strength of character, not only did she overcome those obstacles, she went on to become a best-selling, bi-lingual author and tenured, Middlebury-College professor. Not bad for a little girl who was ridiculed and ostracized in her hometown of .

When I went to hear speak, I was struck by how many things we shared in common and how we, both, had discovered some of the sam

e universal truths about writing, along our seemingly very different life paths. One of her most striking ideas was that being a writer makes it necessary to be an avid reader as well—and by being a reader, one is automatically drawn into a “storytelling circle,” meaning the reader enters the all-inclusive community of storytellers—storytellers who don’t even have to be alive. It’s as if they invite you in and tell you their stories—stories that writers, like Leo Tolstoy and Jane Austen, once conceived in the creative juices of their now-nonexistent minds, sometimes centuries ago, yet still live on. You continue to read and partake in this amazing community until finally you reach a point when the writer, inside you, beckons to tell your story—the one that only you can tell.

When asked if she thought it wise to discuss her story/novel-in-progress with others, Julia advised against this for the very simple reason that a story should be told from “the inside-out”—to talk about the plot too much before it hits the page risks having it “crystallize” before its time and force the writer to tell it from “the outside-in.” There’s a lot of truth to that notion since the writing process, itself, is at its imaginative peak when it’s kept fresh and open to new discoveries along the way. Sure, it helps if a writer has a general sense of where the story ought to go, but the writer should also be open to listening to his/her characters and letting them wield some control over their own fate.

Most writers are fascinated to learn how other writers navigate the writing process. Stories—especially novel-sized ones—often take on a life of their own, so-to-speak. Characters of our own 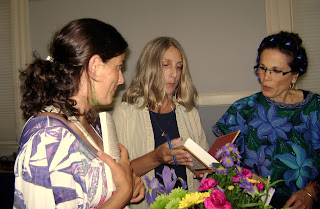 creation often rebel against the path we’ve laid out for them and demand to take the plot in new and unsuspecting directions. This is what makes storytelling so compelling for so many writers. Personally, I’m a writer who likes to write a novel from a well-developed chapter outline; short stories, not so much, but the complexity of a novel does usually require some degree of foresight as to how all the story elements will be woven together—crafted, as they say. Yet, even if you are a writer who, when it comes to deciding your characters’ fate, feels most at home in the role of omniscience, it’s often wise to remember that even God provided us with a window of unpredictability, a.k.a. free will.